WASHINGTON, DC - JANUARY 17: A soldier from Bravo Company, 1st Battalion, 116th Infantry Brigade Combat Team, Virginia National Guard, has a bit of chow while on watch on the National Mall on January 17, 2021 in Washington, DC. After last week's riots at the U.S. Capitol Building, the FBI has warned of additional threats in the nation's capital and in all 50 states. According to reports, as many as 25,000 National Guard soldiers will be guarding the city as preparations are made for the inauguration of Joe Biden as the 46th U.S. President. (Photo by Samuel Corum/Getty Images) 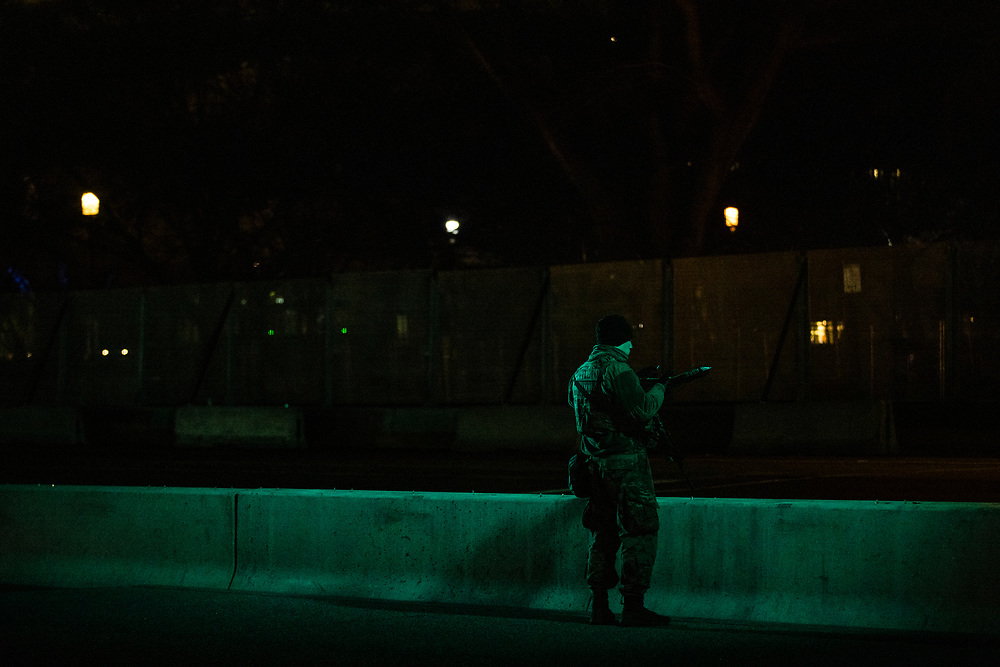