National Guard soldiers with riot shields head to the Capitol Visitors Center after being deployed to secure the grounds around the US Capitol building in Washington, DC, USA, 13 January 2021. At least twenty thousand troops of the National Guard will be deployed in Washington by the end of the week to help secure the Capitol area ahead of more potentially violent unrest in the days leading up to the Inauguration of US President-elect Joe Biden. Democrats are attempting to impeach US President Donald J. Trump after he incited a mob of his supporters to riot on the US Capitol in an attempt to thwart Congress from certifying Biden's election victory. EPA-EFE/Samuel Corum 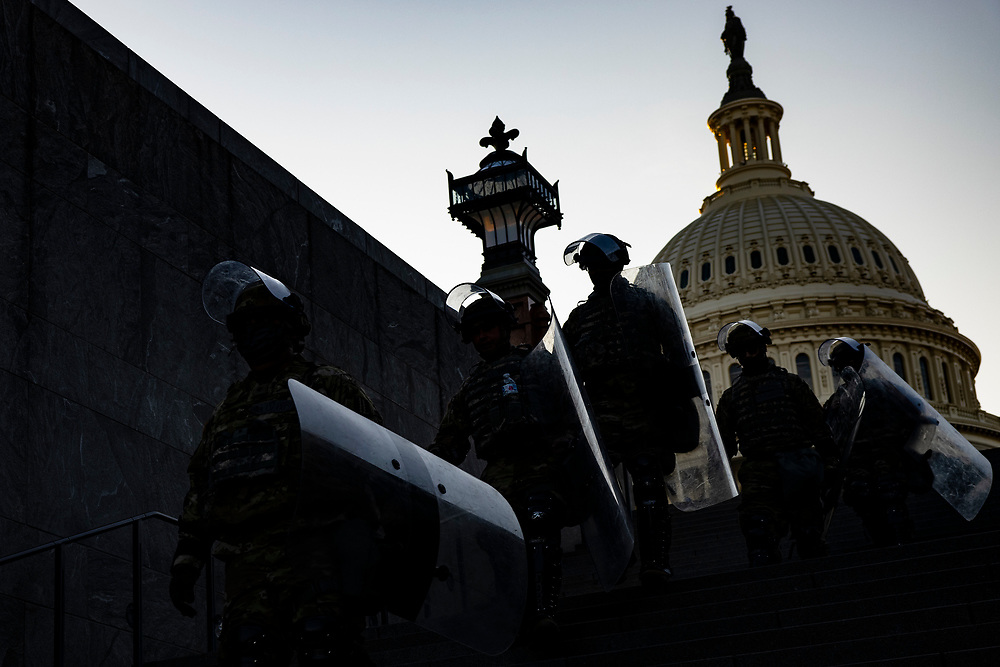