WASHINGTON, USA - MARCH 3: Israeli Prime Minister Benjamin Netanyahu speaks to assembled members of the United States Congress in the U.S. Capitol in Washington, USA on March 3, 2015. The arrangement for Prime Minister Netanyahu to address the Congress has raised some objections because it bypassed President Obama and the State Department who are responsible for all diplomatic exchanges with foreign heads of state and diplomats. It is expected that some 40 members of Congress have declined to attend the speech out of protest. Samuel Corum / Anadolu Agency 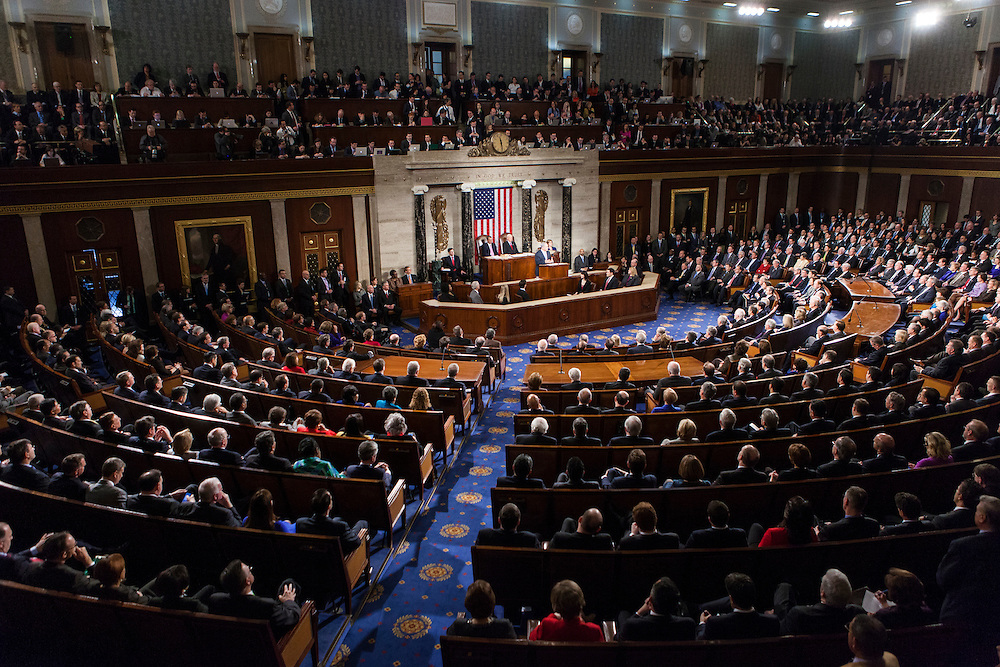